In this post, I am happy to share my picks for the best universal remote apps for Sony TVs.

If you are in a rush and don’t want to read the full article, here are my five picks: Few things are as annoying as losing your TV remote control.

Luckily, though, with the best universal remote apps for Sony TVs, you’ll never have to worry about that hassle and headache again.

Instead, you’ll be able to totally transform your smartphone or tablet into a universal remote that works with your Sony TV – smart or otherwise – so that you always have backup control in your pocket.

Of course, finding the right universal remote app is a little more challenging than most people think.

For one thing, there are more universal remote apps on the market today than maybe ever before. All of them promise the moon and the stars when it comes to capabilities but only a handful of them are able to meet, let alone exceed those expectations.

Secondly, some apps that promise full compatibility with Sony TVs really aren’t as easy to set up or as compatible as they claim.

That’s why I’ve put together this detailed guide, though.

By the time you’re done with the inside info below, you’ll have a great idea of what the best universal remote apps for Sony TVs are in 2021 (and beyond).

Let’s jump right in. I’ll start with my favorite then list a few remotes for various types of users.

Easily one of the best universal remote apps for Sony TVs, this specific app is a third-party application (available for both iOS and Android devices) that offers full control and command capabilities on all Sony Bravia TVs.

Unlike a lot of other options out there, this remote app was actually designed first and foremost with Sony televisions in mind.

Other universal remotes take a more “general” approach to delivering the goods when it comes to controlling your TV from your phone or tablet. Not this one, though. It is a Sony app in all but its name!

This remote-control TV app is beloved for its ease of setup as well as its ability to leverage both Wi-Fi and IR connection capabilities. Your phone will need to have an IR blaster for this remote-control app to work (obviously), but that’s going to improve the speed and consistency of your remote-control commands big time.

Another cool advantage of this remote is that it offers full smart TV functionality through the app itself. I’m talking about voice search control capabilities, volume control, smart sharing and casting solutions, and power control over your Sony TV and connected devices.

This universal remote-control app for mobile devices just might be the “gold standard” option. Why? Well, it won’t just control your Sony televisions but for every major TV brand out there, plus most home theater equipment, and smart home devices too.

The standout feature on this universal remote was its ability to control multiple devices all at once over Wi-Fi, IR, and Bluetooth. You could be controlling your Sony TV one moment and then your home theater receiver the next – seamlessly flipping between the two without any issue.

You can also create routines to automate specific devices with a single button tap. 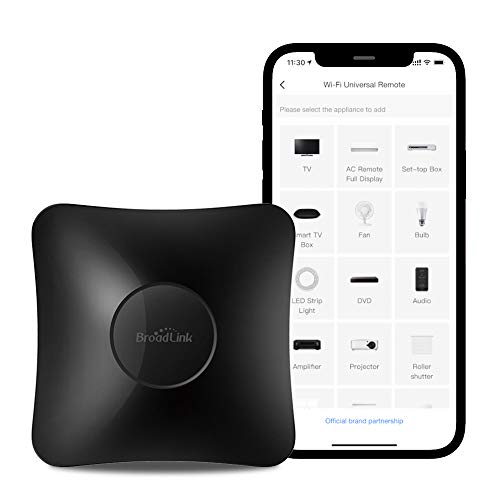 #4 – Best for Streaming: SURE Universal With more than a million downloads you’d be hard-pressed to find a more popular universal smart TV remote application than this one.

A big part of why I this universal remote so much is that it really simplifies the control and command process. There’s full support for all smart TVs from every major manufacturer – including Sony – but the remote goes way beyond that, too.

This is a remote that offers smart casting, IR control for traditional devices, tight integrations with smart home technology, and the ability to stream media directly through the remote to any of your Sony TV devices, too. No list of the best universal remote apps for Sony TVs in 2021 would be complete without mentioning the TV remote specifically designed to work with Sony Bravia TVs.

Whenever you are talking about a partnership between the world’s biggest technology company (Sony) and one of the world’s most prestigious consumer-electronics brands (Bravia) you’re going to end up with something special.

That’s what we have here!

The app itself features Sony engineering “under the hood”, effortless integration with Google Home smart automation tools, and a full range of options that work right out-of-the-box with Sony Android TVs.

Best Universal Remote Apps for Sony: What Do You Think?

So what do you think about my picks for the best universal remote apps for Sony TVs?

Are you looking to replace or supplement an existing physical remote with a universal remote app?

Please leave me a comment below and let me know. I would love to hear from you.

📚 Related: All of the GE Remote Codes for Sony TVs